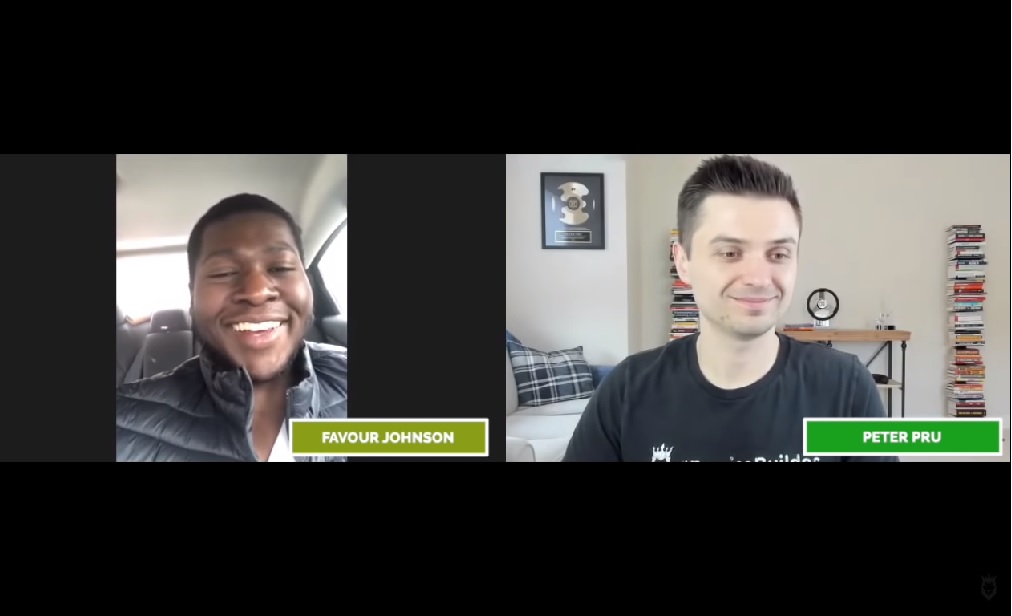 What Does a Real Ecommerce Empire Academy Student Have to Say?

Favour’s experience is one I see with many of our Academy students. The ecommerce industry and business, in general, is a cycle of peaks and valleys. What discourages most people from continuing their pursuits with ecommerce is their inability to stick with it through those ups and downs. Favour and many other students have been able to overcome these hurdles by becoming official Ecommerce Empire Builders. Our program and mentorship equip aspiring ecommerce entrepreneurs with the right mindset, tools, and skills to make it through the highs and lows of business.

How Can You Handle Highs and Lows in Your Business?

Favour’s number one piece of advice for other Ecommerce Empire Academy students and beginner ecommerce entrepreneurs is to, “Believe in the process and journey.” Favour shared with me that he struggled at the beginning of his ecommerce endeavors because he did not have faith in his abilities or the overall ecommerce process. When Favour adopted a new positive mindset and started acting the part, his ads began performing better, and his funnel started to generate more revenue.

Favour also noted that the Ecommerce Empire Academy helped him stop making emotionally-based decisions in his business. He used to go through a cycle of making ad sets and then killing them before he had a chance to collect data because he got too nervous and emotionally invested in the process. Making emotionally based decisions will almost always negatively impact your ecommerce endeavors. It’s easier said than done, but you have to separate your emotions from the business. Training yourself to make data-based decisions is your key to success in business.

What Is Favour’s Recipe for Success?

During this Ecommerce Empire Academy review, Favour let us in on what his recipe for success has been in the ecommerce industry. After becoming an Academy student, Favour ditched the Shopify platform and opted to utilize Clickfunnels instead.

Favour started selling one product and came to understand that you have to focus on presenting customers with a unique offer, not necessarily a unique product. Every Ecommerce Empire Academy student begins to learn that it’s all about presenting the customers with an irresistible offer in your funnel.

Mastering Facebook ads have been another key to Favour’s success in ecommerce. Favour’s strategy with his Facebook ads is to present quick, quality video ads to potential customers. He creates his ads to have a nice overlay photo on the video that grabs a prospective customer’s attention. Then he presents a quick video that highlights the product.

After creating these quality video ads, Favour advises beginners to simply let the ads run their course and collect the data. You have to give Facebook enough time to optimize the algorithms so your ads can reach the prime audience. If you get emotionally invested or nervous and pull the ad too soon, all your data goes out the window. Even worse, you don’t get to learn how to make your ads more efficient.

After Favour has a successful ad and collects enough data, he scales the ad to reach a bigger audience. Favour’s advice to beginners in the ad scaling process is to have a base foundation of rules for running ads. This can help you avoid shelling out more and more money on an ad that doesn’t yield results. This goes back to being data-driven rather than emotionally driven.

This foundation of rules let Favour focus on the data rather than on his emotional ties to the ad set he has created. Understanding the ad process and running successful ad sets ultimately determines the success of all ecommerce entrepreneurs.

What Should All eCommerce Beginners Know?

At the end of our interview, I asked Favour what his biggest piece of advice is for beginners breaking into the ecommerce industry. What Favour wants all aspiring ecommerce entrepreneurs to know is that “Mindset is key.” Favour had his own series of peaks and valleys he had to work through before he found success in ecommerce. However, joining the Ecommerce Empire Academy helped Favour to adopt the right mentality. It also equipped him with the tools needed to create a successful ecommerce business.

Favour continually speaks his own success into existence through positive affirmations and encourages everyone to do the same. If you don’t believe in yourself, no one else will either. The only thing that will keep you from success is yourself. You can’t give up on yourself or the process if you want to be successful.

I couldn’t agree more with Favour’s advice at the conclusion of his Ecommerce Empire Builders review. At the end of the day, you are the only one who is in control of your success.