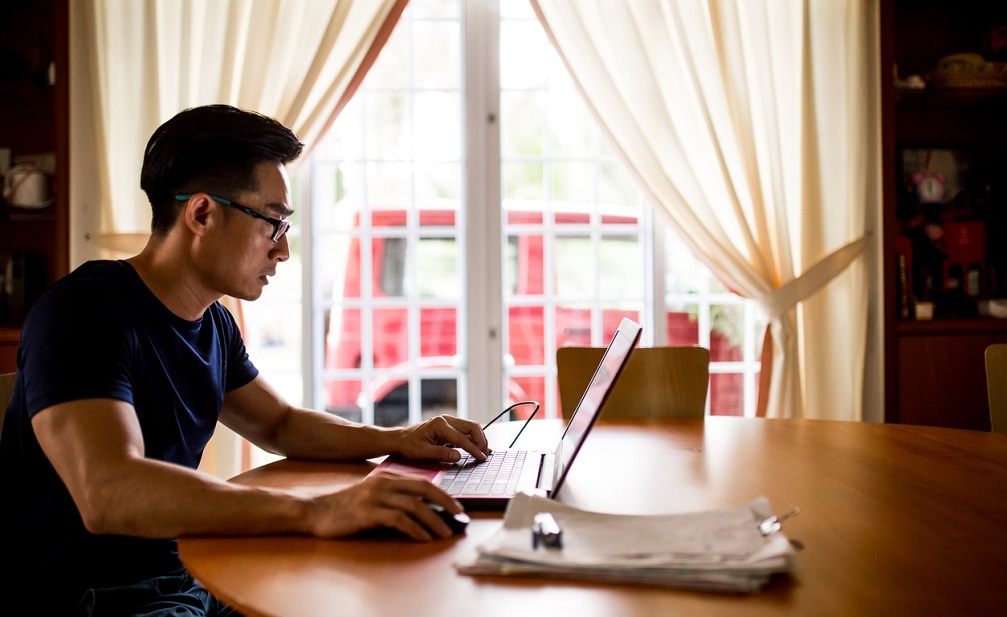 It’s more than possible to make $1 million a year with ecommerce. Our 7-figure award winner Nehemiah Davis is one of many proving this. While his level of success may seem somewhat out of reach for you, the fact is that he started out small like every other entrepreneur. Nehemiah managed to build his own ecommerce empire through diligence and patience, which you can also achieve. Here, we’ll explore Nehemiah’s story and journey. We’ll also show you how you, too, can build yourself up to experience this kind of success.

Nehemiah Davis’s story is one of impressive success with plenty to show for it, from the enviable lifestyle flying on private jets to driving Lambos. But it took hard work to make it to over $1 million a year with ecommerce. Growing up in West Philly, Nehemiah was raised by a hard-working single mother. Her goal was to give her son the best life possible with the money she had. As a result, Nehemiah received a better education that exposed him to new ways of thinking. He says this was the big game-changer in his life.

Nehemiah attended Archbishop John Carroll High School in Radnor, where he saw firsthand the lifestyle that other students were living, like driving Bentleys and living in mansions with pool houses. It was another world compared to the impoverished neighborhood he knew. It opened his eyes to the possibilities available to him. After struggling academically but ultimately succeeding, he attended college and entered the workforce, working everywhere from his college to McDonald’s.

His job at private airport Atlantic Aviation would direct him toward the next chapter in his life. Long before he would enjoy flying private jets and sharing those rides on Instagram, Nehemiah worked emptying waste from their bathrooms. While the work was menial at best, Nehemiah saw the lifestyle of the millionaires going in and out of Atlantic. He realized the kind of success that was possible. His dreams weren’t without adversity, as people attempted to deter him. But it was the naysayers who fueled his drive even more.

Fast-forward to another job operating his first food truck, and he started the grind that would lead him to succeed. His annual profit? $20. But he kept pushing and worked to better himself and advance his career. He tackled nearly every industry out there, scrambling to make ends meet. Eventually, the combination of effort and choosing not to listen to the negative helped him excel.

The Rise to Success and Continued Exposure to New Ideas

Like many successful people, Nehemiah is a firm believer in developing yourself and your mind if you want to succeed. So much of success depends on the mindset that you have. If you have a negative mindset and you give up on your dreams easily, then that’s going to be what holds you back. So surround yourself with inspiring people and concepts. Then, you can rise to the challenges you’ll inevitably face, which is precisely what Nehemiah did to get where he is today.

Over time, Nehemiah built on his personal brand. He got into digital marketing, affiliate marketing, and many other areas that helped him develop his own empire. It wasn’t easy, and there was a lot of work and persistence involved. But he was able to make it after working at it and expanding his reach.

One of the biggest sources of Nehemiah’s success was the use of sales funnels, which he hadn’t learned about until well into his business ventures. Upon being exposed to the idea of using sales funnels, he was able to optimize his digital marketing efforts and increase sales dramatically. He didn’t just learn the value of sales funnels. He also incorporated his lessons into his own funnel by offering an ebook detailing their value.

Today, he has fully utilized sales funnel as a core part of his business model, collecting information from leads through his websites and social media from the start. As a result, he’s been able to bring people into the sales funnel immediately. He’s also been able to upsell those customers and keep them coming back. Nehemiah discovered that, through sales funnels and upsells, people are willing to spend as much as several hundred extra dollars than they originally intended. People will buy as long as the value is worth it. This enabled him to see extraordinary success with ecommerce as he maximized his average cart value.

Nehemiah has also experienced notable success on social media more than just about any other channel, getting most of his traffic through Instagram and other social media platforms. One of the reasons for this was his tendency to give back to the community as an entrepreneur. He held charity events giving gifts to children, giving food and clothing to the homeless, and performing many other giveaways to contribute to his community. Due to his charitable nature, he began getting featured on social media. This led to a more developed presence on this channel. His contributions and publicized features on Instagram made it easier for him to establish a verified account. The lesson here is that the more you build on yourself and your brand early on, the easier it will make your later successes.

An example of how Nehemiah is making his digital marketing efforts work is how he operates in the front and backend. Nehemiah hooks his audience from Instagram and encourages them to purchase his ebook, for example. In addition to this ebook, he’s also resourceful enough to repurpose other marketing materials to upgrade that purchase. In this case, he directs people to a webinar from that ebook, so 10% of people who buy the ebook also pay for and attend the webinar. Many instances like this have helped him stay consistently on top. If he finds something that he can repurpose and sell, he sells it.

With sales funnels, a thriving social media presence, and an unbeatable drive, Nehemiah has continued to grow his business. Recently, he’s seen the kind of earnings that he used to dream about at over $1 million a year with ecommerce.

Nehemiah may have gotten his start in social media from a more unconventional access point. But he still understands the value of diligence on these platforms when just starting out. When it comes to establishing a social media presence, Nehemiah recommends consistency above all.

It’s also important to establish yourself as a topical authority if you want to appeal to a specific audience. Pick an area of expertise that fits you, and showcase your own expertise on Instagram, Facebook, Twitter, and other platforms. As you begin to develop a reputation as the number-one authority on a given topic and bring unbeatable value to your audiences, you can build trust among new audiences and inspire them to follow you.

The Importance of Finding a Purpose and Working for It

One of the big motivators that helped propel Nehemiah was finding a purpose. Every day he wakes up, he knows he has to provide for his wife, daughter, and even his mother and other family members who are working within his companies. At the same time, Nehemiah understands that what you feed your mind is what will influence your mindset. If you allow negativity to penetrate, your worldview will be shaped accordingly, which will keep you from moving forward. Instead, you have to feed your mind with positivity and developmental ideas that allow you to grow.

Even if you’re struggling and finding that things simply aren’t working the way you’d hoped, Nehemiah is an example of persistence paying off. Don’t simply give up if you’re facing hardships. Instead, work through them, and you’ll be able to overcome the obstacles that may initially seem impossible to get around. Expose yourself to new ideas and new solutions. Find a purpose that gives you a reason to keep going and inspires you. Also, encourage yourself to get through the difficulties while ignoring the naysayers.

The harder you work at it and the more drive you have, the better you’ll be at turning those dreams into a reality. It can and does take years to achieve. But it will be worth it if you keep at it and stay on the right course.

If you want to learn more about how you can become like Nehemiah and many other successful entrepreneurs through dropshipping and digital marketing, then reserve your seat at our free ecommerce masterclass. You can also find more tips and success stories on my YouTube channel. We’ll show you how anyone can maximize their online income by making over $1 million a year with ecommerce. Tagged : ecommerce dropshipping / ecommerce success / positive mindset / scaling your dropshipping business / social media marketing