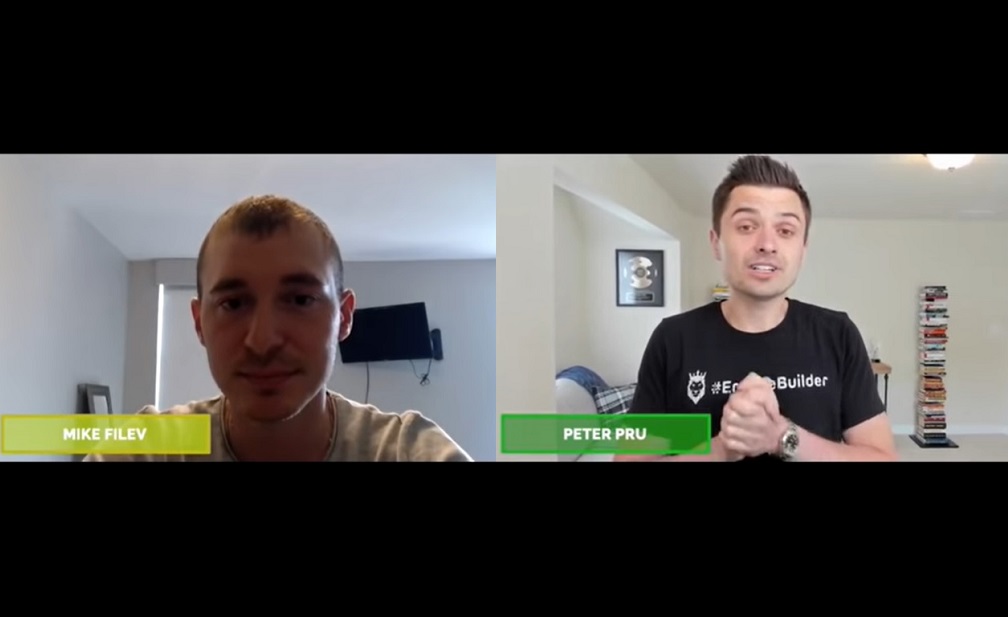 Do you want to see just how successful you can be as a dropshipper with well-utilized sales funnels? Here is another success story from an Ecommerce Empire Builders student to help showcase the effectiveness of these strategies. Meet Mike Filev, who began with a simple Shopify store and a viral ad video. He learned how to use sales funnels to his advantage, leading him to make $100,000 on a single product before successfully selling his dropshipping business.

Beginning With a Single Product and a Simple Store

Mike didn’t have a long, storied background in ecommerce. In fact, he planned on going into electrical engineering after college. However, his plans would soon change as he sought to earn more money and find his true passion. He didn’t care much for engineering, and the cost of living in downtown Toronto with his family was placing even more pressure on him to earn a better living.

Looking for a new outlet to channel his creativity, Mike eventually turned to ecommerce and quickly found some success selling one product early on: a seat belt for dogs. At the time, Mike merely had a Shopify store to help him sell his products, but he was able to bring a lot of attention to this one via an effective video ad. That ad was effective because it showed (using fake dogs, of course) what would happen if a pet owner neglected to use the seat belt in the event of an accident, and it helped increase sales. It also made Mike realize the potential that he could achieve with a more profitable strategy.

The Problem With Relying on Shopify Alone

Despite the popularity of his dog seat belt product and his ad, Mike found that he simply wasn’t able to make any one-click upsells on his product. It didn’t help that Shopify was compatible with a solitary app that took forever to install and setup. Upon discovering the power of sales funnels through a brief course in Shopify, Mike began to research their effectiveness. This led him to me, Peter Pru, and becoming an Ecommerce Empire Builders student.

As he began to learn more about providing value to customers and inspiring more upsells, he decided to offer a harness that offered more neck support for dogs using his seat belts. Focusing on these harnesses, he started seeing an increase in sales and went from around zero percent net profit to around 20-30 percent consistently. Around that time, Mike saw his first thousand-dollar day of net profits.

Mike saw the possibilities of using sales funnels and upsells to help boost sales significantly. But he was still somewhat disappointed with the overall performance of that single store. By the time he had made around $20,000 with the store, the cost of living was catching up to him, and he needed to find a more lucrative opportunity. Luckily, his first store had become a considerable success, and he had a valuable Instagram page for it that performed impressively — both of which could serve as assets for others.

Mike wasn’t happy enough with how his first store was performing to keep it going. But he found that others were interested in acquiring these types of businesses. Understanding that the Shopify store he had been running had potential for someone else, he was able to sell it for $10,000, which got the ball rolling for him. From there, he sold his dog seat belt business as he looked for his next dropshipping opportunity.

What the Process Entailed

In the event someone came along who was interested in purchasing Mike’s dog seat belt store and sales funnels, Mike had recognized several assets going for him that would appeal to the investor.

First, Mike had set up an efficient landing page modeled after our own. It consisted of a header, image, and button that offered a free seat belt. This landing page had managed to achieve an opt-in rate of around 50-70 percent, depending on the traffic source. This translated to a total of around 47,000 email leads. All of the leads fell into the target market for that product. Also, some of the top brands out there like Petco are willing to buy a single lead for $1.60 or more. So Mike realized he was sitting on an ecommerce goldmine.

To help sell his business, Mike approached the effort in much the same way he would with selling products. He offered a bundle in an appealing package that would entice the buyer. He listed all the assets that his business had accumulated, including:

With this offer, Mike put the store up for sale on Flippa for $50,000. The sales price was based on a calculation of twice the net profits his business earned annually. Based on what he learned, he could have actually sold this business for much more. But that’s just part of the learning process when it comes to ecommerce experience.

Focusing on a Different Niche for Better Opportunities

While Mike experienced some success with the dog seat belt store, he recognized that this opportunity was too limited. He was selling to a highly specific niche of people, and the product would attract mostly impulse buys. After selling this business, he turned to a much more promising opportunity of selling weight loss products.

The demographic he was selling to at this point included women who were interested in losing weight. This was a much wider demographic than his previous niche. Another advantage of selling to this audience was the number of offers that you can utilize when selling weight loss products, especially through affiliate marketing.

To attract more leads, Mike also created a landing page in his sales funnels that asked for opt-ins via Facebook Messenger. He found that people were much more likely to choose this method over email because they didn’t worry about spam.

(As a side note here, we definitely recommend that you try multiple lead generation outlets; test with channels like Facebook Messenger, and request an email in your offer. Then see which campaign performs better while doubling your assets in the process. Also, an email list is uniquely yours. Channels like Facebook Messenger still fall under the property of other companies, which can complicate the process of selling.)

Mike hasn’t decided to sell this store quite yet. But he is keeping the idea in mind as the business continues to grow. At the same time, Mike is experiencing more success and happiness as a result of his efforts. He’s living it up in Miami as he keeps his eye out for the next big opportunity.

Become an Ecommerce Empire Builders Student to Streamline Your Own Success

We love success stories like Mike’s that remind us precisely of why we’re doing what we’re doing. Do you want to experience the kind of success that Mike has? Then sign up for the free Ecommerce Empire Builders Master Class. You can become an Ecommerce Empire Builders student and learn all about how to begin your dropshipping business. You can also pick up key tips and insights on my YouTube channel. Tagged : Ecommerce empire academy students / ecommerce success / sales / Sales Funnel / upselling tips