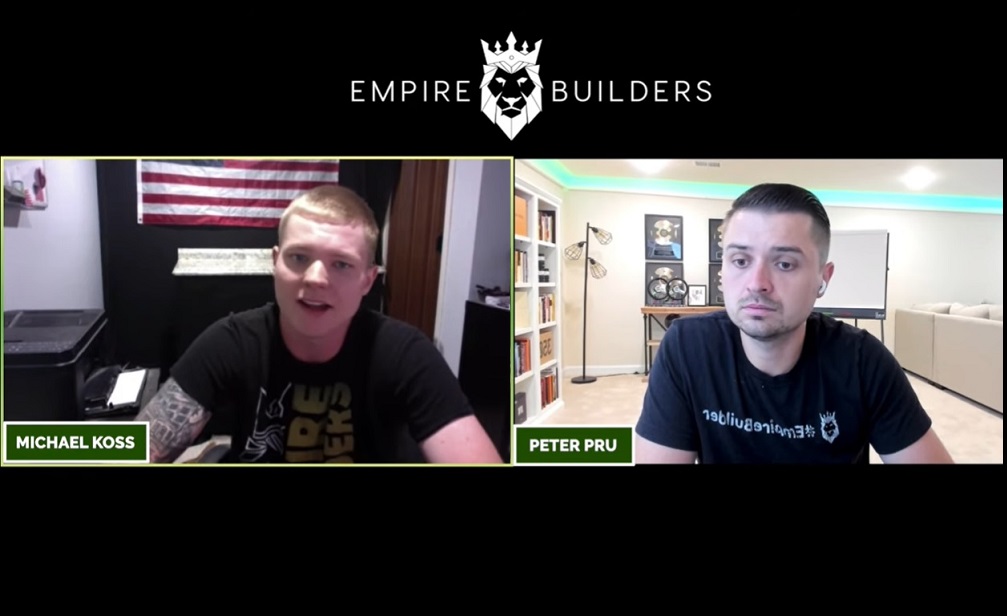 Empire builders, sit back and get ready to learn some awesome insider secrets of the ecommerce industry. I recently sat down with Michael Koss, an Ecommerce Empire Academy student. Mike is a great guy that has an inspirational story that everyone can learn something from. Over the last few years, Mike went from being a high school dropout to generating over $50,000 a month in his ecommerce business. I asked him what his secret to success has been and what his advice would be to other aspiring entrepreneurs. Read on to learn more about Mike’s success in the industry. Also, discover how you can create this reality for yourself by becoming an Ecommerce Empire Academy student.

The Road to Ecommerce Empire Builders

Mike’s road to becoming an Ecommerce Empire Academy student was one of many ups and downs. Mike began with affiliate marketing three to four years ago. He got his start with the Motor Club of America. Through the MCA, Mike was earning $80 per referral. However, any traction he had gained was soon lost when the company sold. Referrals went from $80 down to $10. At this point, Mike knew he needed to break into an industry where he had more control over his earnings and career.

The Switch to Clickfunnels

After his initial setback, Mike learned about affiliate marketing for Clickfunnels. He started promoting Russell Brunson’s books and was sucked even deeper into the world of ecommerce. He began to dedicate all of his energy to learning from the multitude of big names that were already thriving in the ecommerce world. Mike was talking to his dad one night about all he was learning about ecommerce and how he wanted to get into sales funnels. The next morning Mike’s dad actually stumbled upon one of our Ecommerce Empire Builders webinars and sent Mike the link.

The stars seemed to align for Mike at this point. After watching our Ecommerce Empire Builders webinar, Mike was hooked on sales funnels. He took the plunge after watching the webinar and became an official commerce Empire Builders Academy student. Mike has been in our community for over a year now, and I met Mike in person for the first time in February 2020 when he came to one of our Build Your Empire Live conferences.

Mike already had a great business idea but was not getting the results he wanted. Our team was able to set Mike up on the right path as he became an Ecommerce Empire Academy student. His business, as well as his mindset, has grown leaps and bounds over the last six months.

The Importance of Understanding Your Niche

Mike’s business has grown significantly over the last six months. One element that has helped Mike find success is his thorough understanding of his niche and the customers he is trying to sell to. Understanding your niche will always be important in this industry. Without understanding your customer base and what they are looking for, your odds of creating a profitable ecommerce business are very low. You have to understand the ends and outs of your niche.

One thing that has helped Mike better understand his niche is his willingness to test and test often. In a month, Mike created over 100 different Facebook ads. His goal was to understand what types of ads and what targeting keywords resulted in the best results within his niche. Mike’s willingness to test paid off. He went from making $10,000 a month in sales to $50,000 a month in sales through this research alone.

Mindset Will Always Be the Key to Finding Success

As our interview came to an end, I asked Mike what his biggest piece of advice would be to those entering the ecommerce industry. Mike has put a lot of work, time, and effort into understanding both his niche and the ecommerce industry. These elements are definitely important to finding success within the industry. However, Mike believes that most of his success came from his mindset.

Mike’s advice to all aspiring entrepreneurs is to keep a positive mindset throughout their journey. There will always be ups and downs in whatever you choose to do in life. However, the key to overcoming the hurdles you face is keeping a positive and can-do mindset.

There are huge opportunities awaiting you in the ecommerce industry. You just have to be willing to learn and keep pushing forward even if things don’t go exactly how you envisioned. Mike’s final piece of advice is to simply try to be amazing at whatever you choose to do.

I couldn’t agree more. Having passion in your work will always take you further, and in the end, your business success will always be dependent on one thing: you.

Consult With the Pros as an Ecommerce Empire Academy Student

Mike took himself from being a high school dropout to a successful ecommerce entrepreneur. He accomplished this journey through hard work and adopting the right mindset. It’s my hope that you will be able to take the information and advice Mike has provided and implement it into your own ecommerce business. If you feel like you need a little more guidance in setting up your own profitable ecommerce business, then feel free to reach out to us today.

At Ecommerce Empire Builders, we can help you build, launch, and scale your own profitable dropshipping business. If you’re ready to get the ball rolling, then sign up for access to our exclusive free webinar today and become an Ecommerce Empire Academy student. Also, be sure to check our YouTube channel for even more insights into the dropshipping and sales funnel industries. Remember, your empire starts now! Tagged : ad strategies / dropshipping business growth / ecommerce empire academy review / Ecommerce empire academy students / Facebook ads / market research